As the socio-economic crisis in Venezuela deepens, healthcare and public health are dramatically affected. With the collapse of basic health services and a shortage of medicine, millions of Venezuelans are fleeing the country – and they are taking reemerging diseases with them. 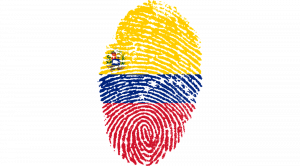 Once a pioneer in health infrastructure and combating diseases like malaria, Venezuela is now suffering from a severe health crisis, sparked by the on-going socio-economic crisis. There are shortages of medicine and surgical supplies, and almost 80% of hospitals and clinics don’t have access to water. This has led to low vaccination coverage and a lack of proper testing and treatment of diseases. Many Venezuelans also don’t have access to food, which is causing malnutrition. On top of that, other basic needs (like toilet paper) are scarce too, leading to poor hygiene.

As a result, diseases that were once eradicated or under control are reemerging and becoming increasingly prominent. From 2014 to 2017, malaria cases tripled to over 400,000. Large outbreaks of diphtheria and measles occurred in 2016 and 2017 respectively, and the HIV transmission rate has increased dramatically.

The health crisis is affecting nearly everyone in Venezuela, but it doesn’t stop at the country’s borders. As millions of Venezuelans flee the country, recipient countries, such as Colombia, Brazil and Guyana, have reported new outbreaks of the diseases. Even countries that aren’t direct neighbours of Venezuela, like Peru, Ecuador and Argentina, have been affected. Some of the cases were the first to have occurred in decades in these countries and experts say they originated in Venezuela.

It’s important that expats who are in or going to South America get the necessary vaccinations and take appropriate precautions to protect themselves. For country-specific information on this, check the advice issued by your national public health institute and the relevant embassies.