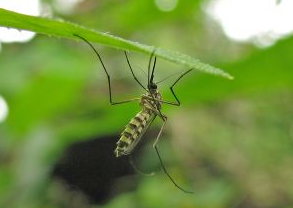 The discovery of how malaria transmission occurs should drive research into new drugs.

The long-standing mystery of how the malaria parasite passes from person to person has been unlocked by researchers. Using new technology, scientists finally identified the factor the parasite must produce to begin the process of passing from human to mosquito, thus completing its life cycle. The research, carried out by the University of Glasgow and the Wellcome Trust Sanger Institute, was published in the journal Nature.

Researchers hope the discovery will open up potential for new drug treatments which would prevent the transmission of the disease. Malaria parasites are transmitted to people through the bite of an infected mosquito, which itself has been infected by a previous blood meal from an already infected person.

When a mosquito bites an infected person, a small amount of blood is taken in which contains microscopic malaria parasites. About two weeks later, when the mosquito takes its next blood meal, the progeny of these parasites mix with the mosquito’s saliva and are injected into the person being bitten. This process is called transmission, and the “switch” which allows the process to work is what the research team has identified.

It’s hoped now the transmission switch has been isolated it can be disabled in future through the development of new drugs. According to the World Health Organisation (WHO) there were 26 million reported cases of malaria in 2011. Sub-Saharan Africa remains the main blackspot for the disease, with Madagascar, Somalia, Burundi, and Liberia reporting the highest number of cases.

Any new drugs developed from this research would be considered “altruistic intervention” by scientists. The drug would be taken by adults already infected with malaria but had developed resistance to the disease. The drug would block the “transmission switch” and prevent the malaria being passed on to other people, such as the patient’s children.

Although mild malaria is relatively easy to treat, as with many diseases, early detection and intervention is key. When a patient develops severe malaria the treatment is more complex, and close monitoring is required to deal with any complications.

With the regions most affected by malaria being the focus of NGOs and aid centres, expat workers are running the risk of exposure to the disease. For expats living and working in a high-risk country, access to rapid diagnosis and treatment can mean the difference between mild and severe malaria.

Private medical insurance which includes medical evacuation is a way of ensuring swift treatment in the cases where local health facilities are not equipped to deal with malaria.

Highlighting the example of two clients who have recently contracted the disease, with both requiring emergency air evacuation to access appropriate medical facilities, Debbie Purser, managing director of MediCare International comments, “Malaria is the biggest parasitic disease killer that there is in the world and there is currently no vaccine, so having fast and effective access to the right medical facilities to ensure diagnosis and treatment is essential.”