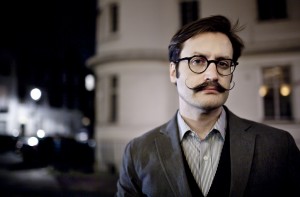 Help change the face of men’s health by supporting Movember.

If there is ever an excuse for a man not to shave, he will find it (not that I’m complaining!) Back in 2003, three Australian friends were enjoying a few beers and discussing 70’s fashion, as you do, and wondering why moustaches had gone out of fashion. They decided then and there that it was time to bring back the ‘tache.

Although their moustache growth put an end to their careers, relationships and made them look a little creepy, they resurrected the moustache trend, which, I guess we should thank them for. CEO and founder of Movember, Adam Garone, realised that there was a certain taboo surrounding men’s health and he wanted to start a movement that would get everyone talking; and thus Movember was born.

It exploded immediately, picking up in South Africa and Europe, and finally reaching the US in 2007. Thanks to Nick Offerman and a bunch of hipsters, the movement caught on. In 2014, $550 million was raised across 21 different countries, which has helped a number of research projects to take off as well as a number of programs and initiatives. So, which men’s health issues are they focusing on this year?

Don’t be afraid of speaking out

Although statistically women are more likely to be diagnosed with mental health issues, it is believed that this is only because women are more open about reporting a problem. “The break up of a relationship, loss of a job, financial trouble or becoming a father are big moments in a man’s life”, according to the Movember website, and they affect men worldwide. Speaking openly about these issues is important in helping cope with the change. Many men shrug it off and ‘move on’ only for it to catch up and overwhelm them later in life.

In 2012, it was estimated that over 121 million people worldwide suffered from depression, the highest rates in India, the US and France. According to data, 1 in 10 men will be treated with depression in the United States, 80 per cent of alcohol dependents in the UK are men and suicide remains the most common cause of death among men under 35 worldwide.

In recent years, studies have shown that expats are at higher risk of mental health issues due to a number of different factors: isolation, language barrier, no support from close friends and family, stress, amongst others. As well as family or personal history of mental health problems, drug and alcohol abuse, medical illness and homelessness can all contribute towards depression and can result in suicidal tendencies. 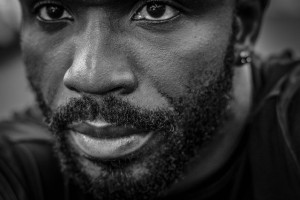 Black men are more at risk of prostate cancer, although the reason is yet to be determined.

According to Movember statistics, in 2015 an estimated 220,800 Americans will be diagnosed with prostate or testicular cancer. Every 19 minutes, one American man dies from prostate cancer, and yet men are still reluctant to talk about it openly. Testicular cancer is very common among younger men, between 15 and 49 years old in the US and UK. In 2012, 823 new cases of testicular cancer were diagnosed in Spain. In the last 50 years, testicular cancer has doubled worldwide.

The main problem with prostate cancer is that most men will not experience any symptoms in the early stages. This is the reason why regular check-ups are so important, regardless of where you are in the world. Age, family history and ethnicity all play a role in the development of prostate cancer.

Knowledge is key, and knowing if you are more at risk means you are more likely to have regular check ups. Living abroad does not exclude you from world statistics, and although expats tend to worry more about travelling and fitting it, you should never prioritise anything over your health. Make sure your health insurance plan has you covered for this too, as you never know what might happen.

MOVE: be the champion of Movember

Physical inactivity is another focus for the Movember campaign this year, as it is the 4th leading risk factor in global mortality. 41 per cent of men in high-income countries do not exercise nearly enough, and physical activity is key in reducing the risk of many diseases.

This challenge is meant to push men (and women) to move every day of November, registering on the website and sharing updates and hearing support from other people moving. What are you waiting for? Get a MOVE on.

Grow it out for a bro

“A moustache is nature’s billboard. Use it to start a conversation about men’s health this Movember”, reads the website. Donations, participating in MOVE, and spreading the word are other ways to help raise the awareness that has been lacking for too long. Even companies can participate in Industry Challenges, making it fun for everyone worldwide to participate for a good cause.

Proceedings from donations spread among different charities in Australia, New Zealand, Canada, Spain, the UK, the USA, Ireland and the Cayman Islands.

Two members of the Just Landed team are participating in Movember to raise awareness for men’s health issues. You can follow their progress here.