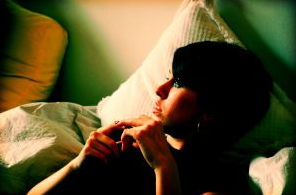 Globally, depression rates are increasing. Expats need to be aware of the impact moving abroad can have on their mental health.

According to statistics from the World Health Organisation, depression rates are increasing around the world. Mental health is often stigmatised and in some cultures there is little support or help for people suffering from anxiety, depression or other mental issues.

It isn’t surprising to think relocating to a new country can trigger feelings of anxiety and depression. Being far from familiar surroundings, starting a new job, learning a new language and being separated from friends and family can make adjustment to a new country very difficult.

When you look at the Expat Explorer survey from HSBC, Middle Eastern countries such as Kuwait, Saudi Arabia, the UAE and Qatar come near the bottom of the experience league table. This looks at factors such as making friends, work environment, speaking the local language and other aspects of settling in to a new country.

Seema Hingorrany, a Mumbai based clinical psychologist who has worked with expats in the Middle East, says working away from home without familiar comforts can lead to feelings of melancholy.

“Loneliness is a problem that really can make depression a lot worse. Back home you have your friends and family to fall back on. In places like Dubai, there is a very competitive atmosphere and maybe people aren’t as friendly, Hingorrany told The National.

“People work really hard all day, and then they just come home and watch TV or click on the computer. But you really need a human to exchange words with. So I know expats are extremely lonely.”

Her advice to expats who feel depressed or anxious is to make friends at every opportunity and don’t spend too much time alone, when negative thoughts can become overwhelming.

“Rather than just going into their shell, they should go out and make more friends. They should join a gym and talk to people on the treadmill next to them. Or join a book club or do an evening class. Just don’t spend too much time alone and dwelling on your thoughts,” Hingorrany recommends.

This is likely partly the reason why expat groups and meet-ups are so popular. Experienced expats and those who have lived in the area for longer are able to help newer expats to settle in. Having people around who speak the same language as you and share the same cultural references can help lessen expat depression.