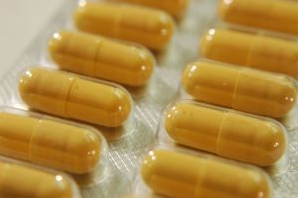 DNP diet pills are banned for human consumption, however are freely sold on the Internet.

DNP (2,4 – Dinitrophenol) is banned for human consumption, however it is legally used as a pesticide, and freely sold on the Internet. It is mainly used by bodybuilders and is meant to stimulate extremely efficient weight loss.

DNP was originally used for manufacturing dyes, wood preservatives and pesticides. In 1933 researchers discovered it was very effective in shedding body fat. After that it became a popular diet pill, it was banned in 1938, due to severe side effects.

The dangerous drug causes rapid body energy consumption, burning fat and raising metabolism. Its consumption results in burning up to 50% more calories than usual. This is what makes it attractive to dieters and body-builders.

The side effects that this pill can cause are severe: vomiting, flushed skin, restlessness, sweating, nausea, headaches, dizziness, palpitations, and also a high risk of coma. If too much of the drug is taken, fatal hyperthermia may occur, in which case the body produces more heat than it releases.

The scariest fact about this life threatening substance is that it is being freely sold on the Internet. People who are interested in losing weight quickly can find themselves tempted by products like this one, not realising the high risks associated with them. There have already been 63 deaths reported worldwide caused by DNP: more than once it has been consumed by people with eating disorders or bodybuilders.

A UK medical student, Sarah Houston, who was bulimic, passed away in April after taking DNP pills. After the investigation into her death, the coroner confirmed the pills were the cause of death.

“The only motive for manufacturing a toxic substance as a slimming aid would be to profit from people who have the misfortune of having a condition such as Sarah’s,” he said. “Anyone who professionally manufactures capsules to be taken as a drug has the intention of people using it as a drug. Sarah’s death is a consequence of that.”

Looking out for signals

We may often fail to notice the changes our close ones are going through, whilst preoccupied with our busy lifestyles. It is vital we take control of the symptoms of eating disorders before it is too late. The NHS advises families, relatives and friends to look out for a few specific signs:

Once again it is confirmed that we should always double check for medicines’ license and be very careful with self-medication. It is recommended to avoid self-medication if possible, as there are many fake or banned substances sold freely, that pose life threatening dangers.