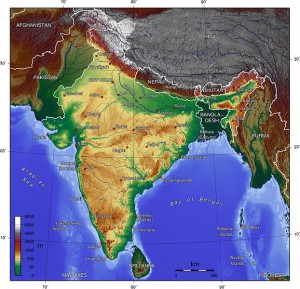 Back in November Cigna announced a joint venture agreement with India’s massive TTK Group, which would sell private medical insurance in that country. At the moment both companies are still awaiting regulatory approval from the Insurance Regulatory and Development Authority. They expect to have it by 2013.

But that hasn’t stopped them from developing their product line. According to an article in the Economic Times of India, Cigna TTK is already creating an expatriate insurance policy for Indians living and working abroad.

Cigna TTK’s Managing Director, Sandeep Patel, said the company is looking to develop a simple product to appeal to the regulator. It would mainly be marketed to IT professionals, who often spend a year or two abroad on assignment. Policies would be sold primarily through a network of hospitals, clinics and pharmacies. He estimated the size of India’s expat insurance market at nearly USD 20 billion.

It’s really the perfect time for a company like Cigna TTK to target Indian expats. Many Indians work abroad in Gulf states, for example, which are in the process of passing mandatory insurance laws. All of these workers will need insurance, and an Indian company that’s able to provide it stands to make a small fortune. Granted these workers are at the lowest tier in terms of income.

On the other end of the spectrum, however, more and more Indian managers are being groomed for expat assignments. Not entirely surprising, considering India’s one of the countries where economic growth will be strongest going forward. And this is just one thread in the story of changing expat demographics. So as we see it, Cigna TTK is making a smart play by targeting Indian expats. There will be plenty of them to support the business!