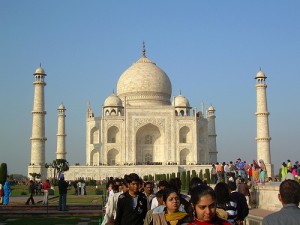 Cigna International and India's TTK have teamed up to offer health insurance products in that country.

Everyone wants a piece of India these days.

Most recently, Cigna and India’s TTK Group announced a joint-venture agreement to sell a range of health and insurance products across the country.

The two companies are currently seeking regulatory approval from India’s Insurance Regulatory and Development Authority. They expect a license around 2013.

TTK Group is an interesting choice of partner for Cigna. It is a family-owned firm dating to 1928. It also happens to be one of India’s largest companies, selling everything from cookware to pharmaceuticals (!) According to TTK, one of its products is sold every five seconds in India.

This JV agreement is yet another sign competition in India’s healthcare sector is heating up. Local insurers have benefited from deregulation, and now foreign players are entering the market. Aetna International recently acquired Indian healthcare provider IHO, for example. Cigna predicts a significant increase in Indian healthcare spending in the coming years, particularly as Indians become more interested in managing chronic medical conditions.

India is also an increasingly popular destination for medical tourists from around the globe–this despite disturbing cases of hospital infections involving bacteria like NDM-1.

The streets of New Delhi aren’t necessarily paved with gold, however. Detariffing has led to fierce price competition among local insurers, slimming margins and hurting their profitability.

The way we see it, India isn’t a sure bet for international insurers. It is, however, a significantly better option for Cigna than developed markets in the west. Furthermore, having mammoth TTK as a partner will certainly be a major advantage in India’s competitive insurance market.