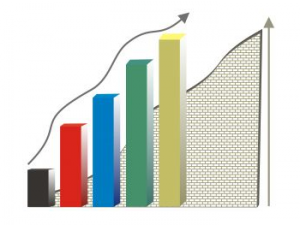 The life insurance market in SE Asia is growing.

Despite the bleak global economic outlook many life insurance providers are fairing well in the South East Asian market.

Recent figures released by the Life Insurance Association of Singapore (LIA) show that the industry grew by 22% in 2011. According to the LIA there was growth during the first three quarters of 2011, though a slight decline in new business in the fourth quarter.

Mr Tan Hak Leh, president of the LIA, said, “The overall results point to the fact that the industry remains in a strong position. The economy and consumer sentiment went through uncertain times in 2011, it’s good to note the industry has remained resilient.”

Another trend apparent in Singapore was the increase in sales of new health insurance policies. According to the figures, new sales went up by 6% in 2011, generating USD 131.5 million in premiums. This increase has been attributed to rising health care costs in the country.

From Singapore’s resilience to rapid growth in the Philippines. This emerging economy has seen remarkable insurance industry growth in the last few years. Statistics released by the Philippine Life Insurance Association (PLIA) last week showed a 21% increase in unaudited premium income since 2010. This builds on a 23.5% increase from 2009/10.

Gregorio Mercado, president of the PLIA, told a press conference last week that he expected the life insurance industry to grow by 16% in 2012, barring any further global financial crises. If this prediction is accurate, the new premium income will pass the USD 2.36 billion mark by the end of 2012.

The development of the Philippine economy and remittances from the large population of overseas Filipinos will continue to build confidence in this emerging market. The relative stability of the country’s economy means more Filipinos have a personal disposable income with which they can buy insurance.

With these statistics and news of changes to China’s and Vietnam’s insurance markets SE Asia is set for a good year in terms of insurance revenue and growth.