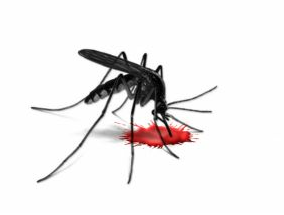 Scientists have found a combination of anti-inflammatory and antimalarial drugs could improve survival rates.

A lot of research is being done on improving malaria survival rates and decreasing transmission. A novel anti-inflammatory drug could now improve the survival rates in the most severe cases of malaria. A study, published in Science Translational Medicine, has found it can be used to prevent irrevocable tissue and brain damage.

Dr Ariel Achtman explained many antimalarial drugs are not effective at preventing the tissue damage that occurs in sick patients. “The most severe forms of malaria, such as cerebral malaria which causes brain damage, are actually the result of the immune system trying to fight infection and causing collateral damage,” she said.

The team used an approach that combined drugs to suppress inflammation and antimalarial medicines that fight the parasite. The results showed the drugs could prevent inflammation of the brain tissue and improve survival.

Professor Louis Schofield, lead researcher, said up to 25 percent of severe clinical malaria cases are fatal. Even with access to the best healthcare.

“Antimalarial drugs are very effective, but only if they are given before serious clinical symptoms develop. On their own, antimalarial drugs fail in approximately one out of every four cases of severe clinical malaria, because by the time the patient arrives at a hospital they are already very sick and inflammation caused by the immune response to the parasite is causing major organ damage,” Professor Schofield said.