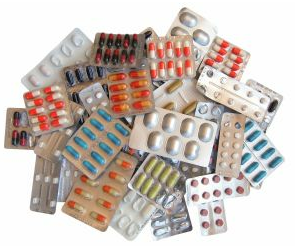 As large numbers of low-cost generic drugs flood the market in the United States and other developed countries, the amount spent on medication is set to slow in the coming years. This is good news for individuals, employers and state-funded systems who help pay for treatments and drugs.

Over the next four years spending on brand name drugs is expected to decreased significantly, according to a new report from IMS Health. With the economic crisis on-going in Europe and the U.S. and aging populations with chronic illnesses, governments are always looking to control healthcare costs.

The study predicts annual global spending on medicines will reach nearly $1.2 trillion by 2016. In developed markets, Europe, the U.S. and Japan, total spending will decrease by 57 percent of the global total. This is due to expiring patents for a number of significant brand name drugs, less general spending on brand medications and cost containment measures by payers.

Emerging markets, such as China, Russia and Indonesia, will boost pharmaceutical sales in the period 2012 to 2016. These markets will reach 30 percent of global spending by 2016, driven by improving economies and growing populations. The amount the U.S. spends on medicines will decline from 41 percent of the global total in 2006 to 31 percent in 2016.

“We’re going to see the cost of medicines drop dramatically in the U.S.” because of all the new generic drugs, Michael Kleinrock, head of research development at the IMS Institute for Healthcare Informatics told Associated Press.