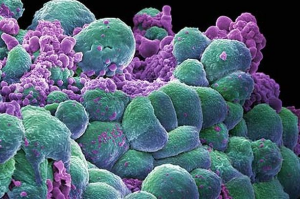 The UK falling behind the rest of Europe in cancer survival rates.

The World Health Organisation (WHO) recently revealed global cancer cases have now reached 14 million each year. It also predicts that by 2025 the incidence of cancer around the world will hit 19 million cases every year.

These figures come at the same time as a report examining European survival rates five years after diagnosis, was published in Lancet Oncology. The analysis looks at 10 common types of cancer in some 10 million adult patients across more than 29 countries in Europe, diagnosed between 2000 and 2007.

In general, survival rates have been improving across the continent, with the Scandinavian countries in particular achieving high survival rates for most forms of cancers. The cancers with the most improved survival rates across the countries examined were prostate, rectal and non-Hodgkin lymphoma; seeing a 8.3%, 5.5% and 6.6% increase in five-year survival respectively between 2005-7 compared to 1999-2001.

It is, however, the discrepancies in the rate at which survival is improving in different countries that is causing concern. Maybe most surprising is that Britain is falling behind many of the other countries studied; this is despite increased investment in research and treatment. For example, the UK currently achieves lower survival rates for kidney cancer than eastern European countries like Latvia and Estonia.

Although overall the five-year survival rates in Britain have been slowly increasing over recent decades for most forms of cancer, it is still only comparable to or actually falling below the European average for 9 out of the 10 types that were looked at.

It’s suggested that this is due to delays in diagnosis, which means that treatment is less effective in the later stages of the disease. Only in the case of skin cancer does the UK actually demonstrate a higher than average survival rate.

The study also looked at cancer survival by age. In general all countries saw a decrease in survival rate as age increased, but the results showed the UK has the worst rate for patients in their 70s and 80s.

There is no doubt that on the whole advancements in treatment have lead to an overall increase in the number of people surviving after cancer diagnosis. However, effort is still required to minimise the variance between countries. More awareness of risk factors and timely diagnosis is needed across the board.

Co-leader of the Lancet Oncology report Dr Roberta De Angelis reinforced that “there continues to be big disparities between countries, and international survival differences are narrowing for only a few cancers such as breast, rectum, prostate, and melanoma of the skin.”