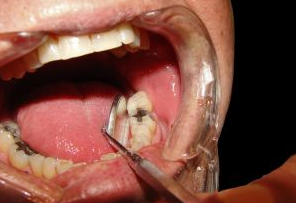 Scientists can’t agree on whether mercury fillings pose a health risk or not. However, some countries have regulated their use.

Part and parcel of living abroad is experiencing the health care system. While you may see a doctor several times a year some people go years without seeing a dentist. People often wait until they feel the twinge of toothache before they venture into the dreaded chair. The problem being, by that point, the twinge may have developed into a cavity that needs filling.

Depending on where you live and even what dentist you visit what your tooth is patched up with will vary. The traditional filling is dental amalgam, which consists of mercury, silver, tin copper and other trace metals. The controversy is centered around the element mercury. Exposure to mercury can cause chronic health problems and scientists argue over the safety of mercury in amalgam fillings.

How safe is it?

Scientists do agree that dental amalgam fillings leach mercury into the mouth but disagree on how much and whether this exposure is harmful to our health. Studies have shown dental mercury to be the main source for the total mercury found in our bodies. Though several studies have found opposing results on whether it poses a health risk.

Despite being unsure as to the safety of dental amalgam several countries regulate or forbid the use of amalgam.

For the future it looks as if the use of dental amalgam will continue to fall in developed countries. This is likely due to better dental health and hygiene and the preference for amalgam alternatives that match the tooth colour.

However, the use of dental amalgam continue to rise worldwide. Its durability, strength and long-life compared to composite alternatives mean it continues to be a popular choice for many people.

Have you had dental treatment abroad? Were you worried about mercury fillings? Let us know in the comments section below.