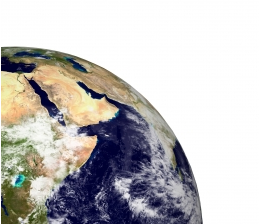 Qatar aims to roll-out universal healthcare by 2014, this means a big opportunity for private medical insurers.

Over 50 years since Qatar opened its first hospital, it is now rolling out a universal healthcare programme. The scheme will introduce the universal healthcare system, driven by private insurance. Similar to Obamacare in the U.S. health insurance will be compulsory for all Qataris, expatriates and even tourists.

Al Khaleej Takaful Group Co, a private insurance company, has grown by some 30 to 40 per cent in the last year, according to Rolando Calixtro, the head of its medical department. The company is currently developing private group insurance plans primarily to cover blue-collar workers, with a focus on the construction industry.

Currently the number of residents in Qatar who have medical insurance is low, around 10 percent, estimates Khalid al-Mughesib, who helped establish an insurance company owned by Qatar Petroleum. “Imagine if 100 per cent are insured,” Mr Mughesib said to the Financial Times. “Even for Qatar, which is small country … insurance companies will be making good money.”