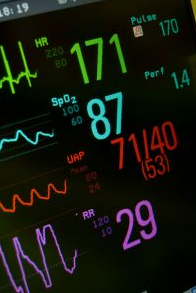 The rate of coronary heart disease (CHD) deaths in Europe has more than halved over three decades, according to research by the British Heart Foundation (BHF).

The study discovered that most of the EU countries have experienced a large and significant drop in CHD in both men and women.

Scientists suggest the change can be attributed to the success of drugs in lowering cholesterol and a persuasive push for people to quit smoking.

However, experts have warned against complacency, not only as the disease remains a big threat in many EU countries, but also because rates of obesity and diabetes have risen.

What is more, heart disease remains the UK’s single biggest cause of death, killing one in five men and women.

A team from the British Heart Foundation Health Promotion Research Group at the University of Oxford discovered that in an overall view of the age groups, there was a gradual decrease in the death rate.

However, the findings conveyed significant variation between individual countries, which was characterised by a continuity or increase in CHD deaths among some age groups.

The leader of the study, Dr. Melanie Nichols, expressed ‘concern’ with the slower rates of decline in CHD mortality in some countries and an increase of death rates among younger subpopulations in others.

She added, “We should emphasise that cardiovascular disease remains the leading cause of death in Europe, and it is important that we continue to focus efforts on primary prevention, including reducing smoking, improving diets and physical activity levels.”

Simon Gillespie, chief executive at the British Heart Foundation, reciprocated her concern. He stressed that over two million people are still “battling” heart disease, adding it was “two million too many”. He also urged politicians and clinicians not to “lose sight of the fact that coronary heart disease is still the UK’s single biggest killer” in light of fast and extensive reforms to the healthcare system.

“We must continue our efforts to make sure that no-one dies prematurely of heart disease”, he concluded.