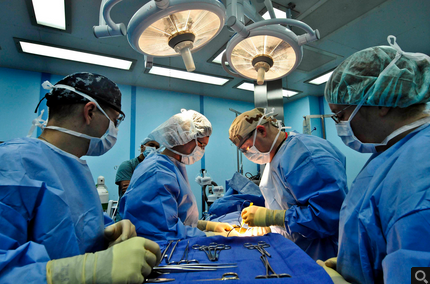 People may be living longer, but they do so in poor health.

Young people in the UK are more likely to die prematurely of alcohol and drug related illnesses than those in other developed nations. While life expectancy in Britain has increased and people are living longer, they are doing so with a poor quality of life.

The current generation will suffer more years of disabilities in old age than previous generations. Those aged between 20 and 54 in the UK are also more likely to have spend longer with mental or physical illnesses than adults in other countries, including the USA, Canada and Australia.

The report, published in the Lancet, shows, despite universal health care, increasing health spending, better cancer screening and immunization programmes, the UK is falling behind in reducing early deaths and disease.

The research combined data from 14 EU countries, as well as Australia, Canada and the USA, since 1990. The fact the UK has failed to significantly slow down the premature death rate was described as “startling” by the report authors.

Chris Murray, who led the work at the University of Washington, explained Britain’s poor performance was due to dramatic increases in Alzheimer’s disease and drug and alcohol abuse. There was also a failure to tackle leading killers such as heart disease, strokes and lung diseases, reports Reuters.

On a more positive note, the UK had on average, fewer premature deaths from road accidents, diabetes, liver cancer and chronic kidney disease than other countries.

Commenting on the findings to Reuters, Edmund Jessop from the UK Faculty of Public Health in London said there was “plenty of room for bold action by politicians”.

He said ministers should introduce tighter health policies such as plain packaging for cigarettes, a minimum price for alcohol, a ban on trans fats, improved control of hypertension and a greater focus on psychiatric disorders.

“Alternatively, the U.K. can continue to languish at the bottom of European league tables,” he finished.