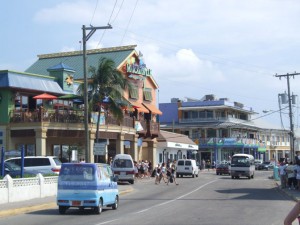 The Cayman Islands' public health system is overburdened despite its small population.

Long a popular destination for expat funds, the Cayman Islands is looking to reform its health system by encouraging patients to seek private care rather than rely on the public health scheme.

The government has already created a cost review committee and implemented CayHealth, a program designed to encourage preventative medicine (“we don’t go to the hospital unless we’re in an ambulance,” Health Minister Mark Scotland quipped). It is still working on Care Pay, a system of quickly confirming patients’ insurance benefits. Scotland stressed that government cannot improve the system on its own, however.

“Everyone needs to understand there must be a cultural change,” the Health Minister said. “Patients need to become more proactive in managing their own healthcare. Physicians need to be more engaged with their patients. Both these parties will have to become more involved in how the medical industry is financed.”

Indeed, the thrust of the “reform” program seems to be toward a competitive market model similar to that of the United States. Scotland acknowledged that this would likely mean a rise in insurance premiums, saying:

The Cayman Islands will need to shift from a de facto nationalised system of healthcare to one that operates more like a free market, but one that is based on evidence-based practices and scientific evidence, not patient preference or old habit.

Jennifer Ahearn, who heads the Ministry of Health, Environment, Youth, Sports and Culture, echoed his comments:

The patients are not taking responsibility for their healthcare. Historically, people did not have to reach into their pockets before we had the insurance regime we have now.

In the long run, the government hopes to encourage many of its employees to abandon the government-funded Cayman Islands National Insurance Co. (CINICO) for private health insurance, which currently insures about 13,000 individuals (out of a total population of around 55,000). “If we give [social servants] an option to go outside,” Scotland said, “the Health Services Authority (HSA) revenue may go down, but on the flip side, it’s a savings to government in terms of having to provide all the services of the HSA.”