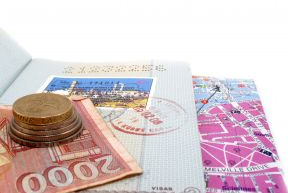 More American retirees are choosing to travel abroad for health treatment as costs and lack of insurance mean treatment in the U.S is unobtainable.

The number of Americans travelling abroad for medical treatment is predicted to rise over the coming years as “baby boomers” come of age. Once something only done by the wealthy and predominantly for cosmetic surgeries, medical tourism is now a booming business. It seems the number of 50 something Americans making use of health facilities abroad is on the increase.

The organisation, Patients Beyond Borders, estimates 600,000 people travelled abroad for treatment in 2010. They predict an increase of 15-20 percent per year as the baby boomer generation ages. With high healthcare costs in the U.S many see medical tourism as an attractive alternative.

“I would tend to say that 80 percent or more, of the people using medical tourism are baby boomers,” Rajesh Rao, CEO of IndUSHealth, a medical travel program provider, told the Huffington Post. “I would say the bulk of utilization happens with baby boomers just because they’re at an age where they need more intervention.”

So which countries do most Americans consider when looking at medical tourism options? According to Patients Beyond Borders, Brazil, Costa Rica, India, Korea, Malaysia, Mexico, Singapore, Taiwan, Thailand and Turkey are the top ten destinations. Puerto Rico, China and the UAE are also seeing increased medical tourism numbers.

The highest savings can be made in India, with average costs 65-90% cheaper than at home. Travelling to Malaysia and Thailand can also save you between 55-75% of the cost in the U.S, depending on the type of treatment.

As with any other big decisions research is key when deciding whether to travel abroad for healthcare.

Have you ever opted for medical tourism? Tell us about your experiences in the comments section below.