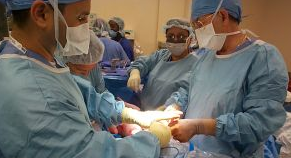 A recent report on medical tourism revealed some surprising facts. The data, gathered by author Ian Youngman, shows that most people don’t opt for the cheapest destination and Europe’s top three destinations are the most expensive.

The report, Medical Tourism Facts and Figures 2012, reveals that much medical tourism is regional or limited to domestic travel. For example, Americans travel internally in the USA for treatment rather than go abroad.

Countries with the biggest reputations for international medical travel have seen a dip in numbers. While the lesser known destinations are surging ahead in the market. Targeted marketing has seen countries such as South Korea and Taiwan pull ahead in the medical tourism sector. Destinations to look out for in the future include Turkey and China.

India previously claimed to have millions of medical tourists per year, but official research has put the figure at closer to 150,000. Another Asian destination, Singapore, has blamed a decrease in tourist numbers on rising healthcare prices.

With medical tourism largely ignored by insurance companies it is an industry that is funded by self-paying individuals. There are a few policies such as US domestic tourism schemes and cross-border coverage within Europe but as rule large health insurers won’t pay for medical tourism.

For more information on the current situation and the future of medical tourism download Ian Youngman’s report from the International Medical Travel Journal (IMTJ).

Medical Tourism is bound to feel the impact of rising fuel prices. Thanks for the info, very helpful