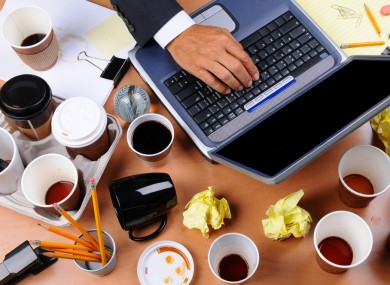 UN: World eating too much sugar; cut to 5-10 percent of diet – “To get down to 5 percent, you wouldn’t even be allowed to have orange juice,” said Tom Sanders, a professor of nutrition and dietetics at King’s College London. Come again?

One twin exercises, the other doesn’t – A study, looking at the different exercise impacts on twins, has never been done before – until now. The results were quite surprising and there was a staggering difference beneath their skin and skull.

How much coffee should you really be drinking? – Ahh, the sweet evil necessity. How much is too much?

12-person kidney transplant chain completed at San Francisco hospital – This was the largest kidney donation chain in the 44-year history of the hospital’s transplant center. NB: 12th of March is National Kidney Day!

Scientists in Italy discover ‘hiding place’ of HIV virus in cells – This exciting discovery holds a promise for a potential cure for the deadly virus.

Last known Ebola patient in Liberia is discharged – Whilst Liberia is still taking active precautions, the country can take a sigh of relief.

Are Rwandans healthier than the English? – The figures for Rwanda come from the World Health Organization. In 2012, people born in Rwanda had a healthy life expectancy at birth of 55 years – 10% higher than the figures for England. Is there any truth to this?