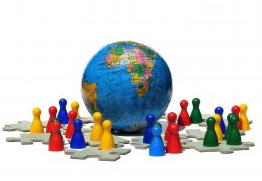 A health summit in Shanghai has named the healthiest workplaces around the world.

The Global Healthy Workplace Awards and Summit have revealed the healthiest workplaces from 33 countries. The annual awards, held in Shanghai this year, announced winners in several different categories in the hope of promoting healthy workplace practices around the world.

In the Multinational Employer category IBM took the top award. With its long-standing tradition of creating healthy work environments, IBM continues to integrate health and wellbeing into the workplace. It has introduced 10 global priorities for health promotion which are applied to the thousands of IBM employees around the world.

Telefonica do Brasil was the winner in the Large Employer category. The telecommunications giant was a semifinalist last year and entered again this year with a stronger health programme. Telefonica has developed its own health insurance plan, with broad coverage all over Brazil. One of the outcomes of the comprehensive “BEM PERTO” program is that health insurance fees are only 7.8 percent of monthly payroll, whereas the average among other Brazilian enterprises is 15 percent of payroll.

In the Small and Mid-size Employers (SME) category, Spokane Regional Health District, a public health agency with 250 employees in the U.S. has been running The Living Well Programme for 15 years. Spokane has developed policies, system and environmental changes that have greatly enhanced the way employees embrace safe and healthy choices.

A report prepared for the Summit, sponsored by Cigna in Shanghai, found nearly half of Chinese employers surveyed promote health in the workplace. According to the release, nearly three-quarters (73%) of Chinese employers measure the outcomes of employer sponsored health programmes, compared to 53 percent globally.

Cigna noted on-site occupational health programmes are the most common type of health scheme, followed by regular communications, on-site medical facilities and ergonomic programs. Both workplace and personal safety is the top issue tackled by Chinese employers, says the report.

“We see an encouraging trend in China with regard to promoting healthy workplaces. Both the government and employers have recognized the value of enhancing population health via the workplace and a growing number of programs have surfaced.

“However, the working environment, physical and psycho-social, still is a significant risk to employee health in many workplaces,” said Wolf Kirsten, founder and president of International Health Consulting.