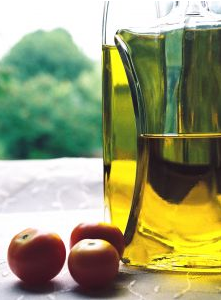 Olive oil producers are seeing a rise in demand from Chinese consumers.

Not traditionally found in Chinese cuisine, wealthy Chinese consumers are buying up olive oil for its health benefits. This spike in demand is being felt by olive oil producers globally, reports the Wall Street Journal.

Last year China spent US$184 million on imported olive oil, up 9.3% from 2012, and a huge increase from US$1 million a decade ago. The oil’s popularity is driving companies to buy Australian olive groves in order to secure the supply. As a result of recent deals, Chinese and Asian investors now own 10% of all of Australia’s olive oil output, Tim Smith, sales and marketing director at Boundary Bend Ltd., Australia’s largest producer of extra-virgin oil told the WSJ.

“There are a lot of wealthy Chinese willing to pay for high-quality olive oil to ensure they have the ‘real thing'”, Lisa Rowntree, chief executive of the Australian Olive Association growers group, was quoted in the WSJ.

Australia, however, only accounts for a small proportion of the world’s olive oil production, Spain provides 45-50 percent of the global output, and supplies 60 percent of that consumed in China. Italy, Greece, and North African countries are also seeing increased demand from China.

“There is enormous potential for continuous growth in Chinese olive oil use over the next two decades, although perhaps not at the explosive rate of 30 percent or 40 percent annual growth seen in past five years,” said Manuel Leon, the Shanghai representative of Andalusia’s export promotion agency Extenda, according to the Wall Street Journal.