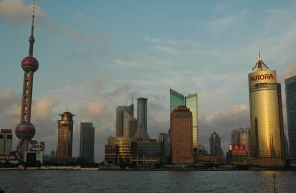 There has been an increase in the number of expat doctors registering in Shanghai.

With China fast becoming the top destination for expatriate assignments, Shanghai has seen a boom in the number of expat residents. According to a census in 2010 the number of expats living in the city was 143,000. With these increasing numbers comes an increase in the demand for private healthcare in the city. Many expats are reluctant to visit public hospitals due to language and cultural barriers.

Perhaps in response to this demand, the number of foreign doctors registering to practice in the city rose 40 percent between the first and second quarters of 2012. The Shanghai Health Inspection and Supervision Institute announced this week that 193 foreign doctors have registered or renewed their licenses to practice in the city over this period.

Of the 390 foreign doctors registered with the The Shanghai Health Inspection and Supervision Institute, over half work in private institutions. The Sun-Tec Medical Centre, a private facility, has seven foreign doctors on its staff. The majority of the centre’s patients are expatriates,who prefer expat doctors to Chinese ones, Dr Michael Ong, a Filipino physician, told the Global Times.

“Foreigners are prone to ask a lot of questions and want to know exactly what doctors are doing to them. There could be problems if expats go to local public hospitals because of the language barrier, and also because the doctors in public institutions might not provide as much information,” Ong explained.

There has also been an increase in demand for foreign doctors from locals. “In our hospital, Chinese who have studied or worked abroad, as well as overseas Chinese, prefer to consult foreign doctors rather than local doctors,” he added.