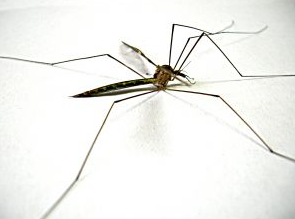 Madeira, a Portuguese island, has seen its first dengue fever outbreak, with over 220 people affected.

Dengue fever has been reported for the first time on the Portuguese island of Madeira. An update from the Portuguese Ministry of Public Health put the number of confirmed cases at 37, and 262 probable cases as of 19 October.

The European Centre for Disease Prevention and Control (ECDC) has confirmed there are no current travel restrictions in place for Madeira. Travellers are advised to take sensible precautions to avoid insect bites. Dengue fever is spread predominantly by the Aedes mosquito. These mosquitoes tend to bite during the day and people should avoid standing water, where they breed. People who fall ill after travelling to Madeira should report their trip to the relevant doctors immediately.

Dengue fever typically causes uncomplicated symptoms, such as a mild fever, in 80 percent of people. In five percent of people, dengue fever presents as a more severe illness and in a small proportion it is life-threatening. The incubation period for the disease is typically between 4-7 days, however, it can be as long as 14 days. If a traveller falls ill after being in an infected area two weeks after returning home, it is unlikely to be dengue.

Person to person transmission of the disease is quite rare. There have been recorded cases of a mother passing it to her child during pregnancy or childbirth. It can also be transmitted via blood transfusions and organ donations.

Recent outbreaks have occurred in India, Singapore, Sri Lanka, Argentina and Cairns, Australia. As there is no official vaccine for dengue fever, travellers are advised to take precautions against mosquito bites. Use an insect repellent with 30-50 percent DEET and wear long sleeves and trousers to protect exposed skin, especially in the early evening.

This is the first dengue fever outbreak in Madeira and the island has no evidence of other diseases such as malaria or cholera.