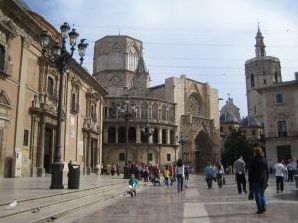 A new campaign aims to educate expats on the correct use of the European Health Insurance Card.

Spain continues to be a top destination for expats and tourists alike. While both groups equally enjoy the sunshine, the beach and the tapas, there is a lack of understanding in their differences when it comes to accessing healthcare.

This is something the UK Department of Health, with the Valencian Health Authority, is hoping to highlight with a new campaign. The project will run for 15 months and will educate expats and tourists on the correct use of European Health Insurance Cards (EHICs).

EHICs are valid for short-term visits to Spain by tourists, not long-term residents. For expats living in Spain, access to health care is usually through registering with the S1/E121 scheme with Spanish social security.

David Pennington, head of the department of health’s International Healthcare team, said:
“Many British citizens living in Spain are confused about how to access state healthcare and many use their EHIC cards when they should be accessing healthcare in another way.

“This campaign explains who can use a UK-issued EHIC and what it’s for. It also tells people about other ways to access state healthcare in Spain, depending on their circumstances.”

The campaign aims to explain that the EHIC is for “medically-necessary state treatment during the course of a temporary stay in Spain.” It isn’t the correct way for expats to access state healthcare, the project will show expats how to register with Spanish social security.

The campaign will also explain to Valencian Health Authority staff how the UK reimburses Spain for treatment provided to British citizens in Spain.

Valencia is very popular with British tourists and expats. It is estimated 300,000 British citizens permanently reside in the region, making up around 40% of the total British expat population in Spain.

While the campaign will focus on Valencia, it will also extend to other regions of Spain, where many local hospitals don’t fully understand the system.

British expats living in Spain can still use their EHICs when they travel to other EEA countries such as Portugal, France or Germany.

For more information on the campaign and the system visit the Health Care in Spain website.