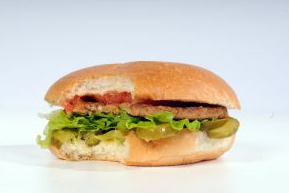 Scientists have now shown fast food consumption is increasing the prevalence of heart disease and Type 2 diabetes in Singapore. A team from the University of Minnesota’s School of Public Health has examined the eating habits of people in Singapore over a period of 16 years.

Eating fast food two or more times a week was also found to increase the risk of developing Type 2 diabetes by 27 percent. The study looked at the Chinese population of Singapore who are seeing a shift from traditional food to westernised fast food.

“What’s interesting about the results is that study participants who reported eating fast food most frequently were younger, better educated, smoked less and were more likely to be physically active,” said Andrew Odegaard, the study’s lead researcher. “This profile is normally associated with lower cardio-metabolic risk.”

The new research provides an important perspective on the nutrition transfer when cultures developing in different parts of the world start moving away from their traditional diet and mode of exercise.

According to the study’s senior researcher, Mark Pereira, of the School of Public Health’s Division of Epidemiology and Community Health, “The big picture is that this [fast food] aspect of globalization and exportation of U.S. and Western culture might not be the best thing to spread to cultures around the world,” he said.

“Global public health efforts should focus on maintaining the positive aspects of traditional cultures, while preventing the spread of outside influences thought to be harmful based on the scientific evidence.”