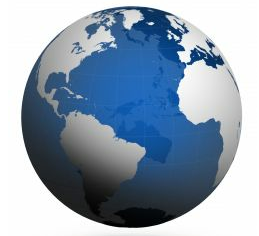 Nearly 50 countries have achieved universal or nearly universal healthcare around the globe.

This week, the U.S. Supreme Court ruled that healthcare reforms, known as The Patient Protections and Affordable Care Act, are constitutional. In particular the core requirement that means Americans must buy health insurance or pay a fine has been upheld. This is a major step towards America developing a universal healthcare system.

President Obama claims these changes will bring healthcare to 30 million additional Americans. The World Health Organisation (WHO) describes universal coverage as “ a widely shared political aim of most countries” and “the ultimate expression of fairness”.

So which countries are developing or have developed some form of universal health coverage? There are many well known once such as the NHS in the UK, but there are some surprising answers as well.

The National Health Insurance Programme in South Korea covers everyone. By law any company that employs more than five foreign workers must enroll them in the programme. The company is expected to pay around 50% of the costs per month.

Once you have enrolled in the NHI Programme you can extend your coverage to include immediate family members. For expats moving to South Korea you should note you are not covered by the NHI Programme or any private health insurance until you receive your alien registration card. This can take up to three months in some areas. South Korea spends 6.3% of its GDP on healthcare compared with 18% in the United States.

Thailand has had a “long and successful history of health development”, according to WHO. Universal healthcare is provided under three systems, one for civil servants and their families, Social Security for private employees and the Universal Coverage scheme for all other residents.

In a 2008 report UNICEF singled out Brazil as one of the world’s best improvers in terms of children’s health. Since 1990 childhood mortality has fallen 60% and childhood malnutrition fell 77% between 2000 and 2008.

While expats usually rely on private hospitals there is a healthcare system in place for all residents, free at point of use. Private hospitals carry out over half of medical treatment across the country and are reimbursed by the government. Some type of health insurance is mandatory for expats in Brazil. If you are working in Brazil you can opt for the Sistema Unico de Saúde. This system provides primary healthcare, while a network of contracted and public hospitals provide specialist care.

The level of healthcare in Kuwait is comparable to average European standards. Since it began earning money from oil, Kuwait has been building up its healthcare system. By the 1950s the government had introduced universal healthcare for all residents.

Currently Kuwait is facing an epidemic of diabetes, heart-disease and other obesity related health problems which is putting a strain on its healthcare system.