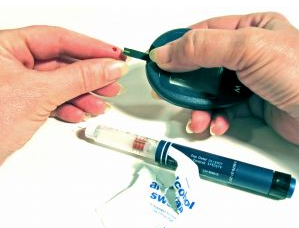 Cases of type 2 diabetes in people under 40 are rising sharply in the UK.

There has been a sharp rise in cases of type 2 diabetes in people under 40 over the past 20 years say researchers. The disease can now be considered “common” in this age group in the UK, according to a lead researcher.

It seems the average age at which people develop the disease is also falling: the percentage of people under 40 with the disease has risen from 5 to 12 percent.

Professor Craig Currie, of Cardiff University’s School of Medicine and leader of the research said the rise will “undoubtedly place an increasing burden on healthcare resources and result in poorer quality of life”.

He added that factors such as changes to diet, obesity and family history are factors in the rise in cases among younger adults.

According to the World Health Organisation (WHO), type 2 diabetes comprises 90 percent of the total diabetes cases around the world. It is largely the result of being overweight and not doing enough exercise.

It’s not just the UK which is affected, globally the number of diabetes 2 cases rose from 30 million in 1985 to 285 million in 2010. Changes to lifestyle, growing obesity rates and poor diets are thought to be to blame among those with a genetic predisposition to the illness.