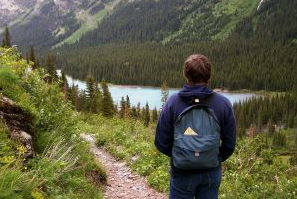 Three Nordic countries are working together to fight the rise of tick-borne infections in the region.

Last year, more than 40,000 people in western Scandinavia are suspected to have suffered from infections caused by ticks. SEK17 million has now been spent on a joint Nordic project to combat this dramatic rise in tick-borne illness.

“Since the countries within the region share this problem, we can work more closely together to draw up joint guidelines for reporting, diagnosis, treatment and vaccination”, says project manager Tomas Bergström, a researcher at the Sahlgrenska Academy, University of Gothenburg, Sweden.

The number of people falling ill due to tick infections has risen significantly in the areas surrounding the seas Öresund, Kattegat and Skagerrak. It is estimated that more than 40,000 people became ill in 2011, though it is not easy to compare countries as many cases go unreported.

However, one thing is certain, according to researchers the number of ticks in the region has reached unprecedented levels, probably due to climate change. The project, ScandTick, is aiming to counter the most serious tick-borne illnesses, TBE and Borrelia.

“The growing number of cases of Borrelia and tick-borne encephalitis (TBE) infection has had a negative impact on public health in the region,” says Bergström.

“At the same time, inadequate diagnostics mean that many people never receive health care or vaccines. This leads to significant costs for society in the form of doctor’s visits, health care costs and long-term illness.”

For people living in tick infested areas the following are ways to help prevent tick bites: