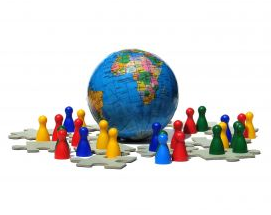 Expats are at risk of more mental health issues, so where in the world is the happiest place for them?

In a recent Expat Health post we reported that expatriates have higher levels of anxiety, depression and substance abuse than non-expats. Many reported family concerns as the main reason behind the failure of an international assignment.

This has highlighted the importance of relocation support and employee assistance programmes when sending workers abroad. The programmes should aid both the worker and their family in the relocation process. So with an increased risk of mental health issues, which countries should expats head to for greater happiness?

Where are expats happiest?

According to a recent study, the World Happiness Report, commissioned by the United Nations, Nordic countries are considered to be the happiest in the world.

Denmark, Norway, Finland and the Netherlands were top in terms of overall happiness. Their average life evaluation score was 7.6 on a 0-10 scale. The unhappiest were found to all be Sub-Saharan Africa – Togo, Benin, Sierra Leone and the Central African Republic. These had an average evaluation score of 3.4.

The report found that while the happier countries tended to be richer ones, more important than income were social factors such as social support, an absence of corruption and personal freedom.

Mental health was the single biggest factor affecting happiness in any country. Despite this, only a quarter of people with mental illness get treatment for their condition in developed countries and even fewer in poorer countries.

A stable family life and enduring marriages are important for the happiness of parents and children. This is reflected in the fact that 32% of expats have stated that family adjustment is major factor in whether they are successful abroad or not.

As good mental health is linked with happiness and longevity perhaps an international assignment in one of the happiest countries would aid in keeping expats healthy.