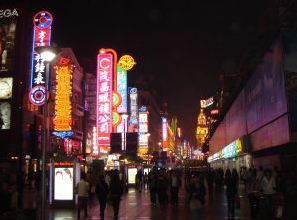 Policyholders can make use of the following services:

Customers are offered a selection of Allianz Worldwide Care’s core policies which can be supplemented by a selection of outpatient, dental and repatriation plans.

Claude Daboul, director of sales, marketing and operations at Allianz Worldwide Care said, “Economic growth in China has continued at a strong pace over the last few years despite the downturn witnessed in Europe and the US.

“As a result we have seen a number of companies within our client base expanding their operations in China. Together with Allianz China General Insurance Company, we are delighted to extend our range of international health insurance plans.

In Shanghai, Allianz Worldwide Care has set up a dedicated support centre where representatives will provide local support to members and group scheme managers. This local, multilingual support is something international companies will look for. The Global Mobility Survey 2012 found 21 percent of companies questions said China was likely to be the top relocation destination for employees in the coming year. It was ranked as the number one location for expatriate assignments overall. The majority of companies also felt China would be the most challenging nation for employee relocations.