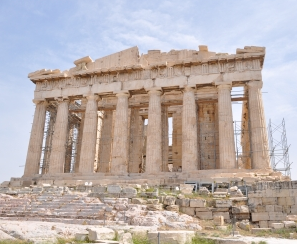 As politicians aim to cut billions of funding to health care services, Greece struggles to provide for its population.

It seems Greece’s financial crisis is set to continue as it struggles to make agreed bailout targets. To meet the financial benchmarks the government is preparing to make €11.6 billion cuts, with pensions and healthcare expected to be widely hit.

To make the cuts proposed by The International Monetary Fund (IMF), the European Union and the European Central Bank, known as the Troika, the government is looking at capping state-funded healthcare coverage to only €1,500 per year. Currently Greece provides universal care for residents, a large portion of which is state-funded. A cap at €1,500 would put a huge strain on people which chronic conditions or those needing expensive cancer treatment.

The Association of Kidney Patients said, “If a ceiling of 1,500 euros is set, this would only cover a very brief period of treatment and course of medicines. This simply means that when someone does not have the funds, or has spent all their money or has sold all their property, they will be left to die.”

The consequences of severe health care cutbacks can already be felt across the country. Greece is one of the few countries where HIV infection rates are rising. In 2011, new HIV cases rose 57 percent on the previous year. Among drug users the rate has increased a massive 1,450 percent in the same time period. Government cuts to needle exchange programmes, social stigma and desperate sex workers agreeing to unprotected sex for more money have been blamed as the causes.

Greece’s National Organisation for Healthcare Provision (EOPYY) will be unable to cope with any further cuts to funding, the union representing EOPYY doctors has said. The Troika, want cuts totalling €1.2 billion in health spending. Of this, €800 million concerns the EOPYY at a time when Greece’s largest state-run health care provider has debts of 1.5 billion euros, the Athens-based union said in an e-mailed statement yesterday.

The union called on the Health Ministry to pay by Aug. 20 all money owed to EOPYY doctors for the first half of 2012 and to provide a written timetable for the repayment of previous debts to the entire medical profession. Failure to fulfil this requirement will result in doctors suspending the terms of their work contracts until at least Sept. 2 when they will examine any developments, the union said.

The situation doesn’t look like it will change in the near future. The Greek prime minister and his coalition leaders must agree on budget cuts of €11.5 billion by early September. These cuts for 2013 and 2014 must be made to ensure international rescue funds continue to come into the country.