As temperatures rise to record levels across the United States, various international credit rating agencies are turning the heat up even further on Washington D.C. The inability of the US government to resolve its debt issues would wreak havoc on global financial markets, particularly on insurers, who are traditionally large holders of US Treasuries and other government bonds.

More promising forecasts can be found in the emerging economies of Asia-Pacific, however, where several national insurance regulators released promising industry accounts showing strong regional growth of insurance awareness and policy sales. Multinational insurance conglomerates are more than aware of the potential these markets offer, and have been quick to establish themselves in these countries when permitted.

Here are some of the top stories of the past 30 days, as compiled by the Globalsurance blog:

A potential US default’s impact on health insurers 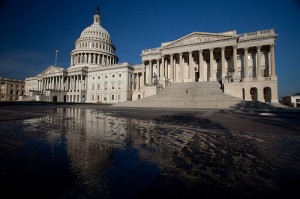 Insurers are major holders of US Treasuries

The top AAA credit rating of the United States has been threatened this month as President Obama and opposing Republican lawmakers continue to clash over how and when (even if) to raise the nation’s debt ceiling. Republicans would like any increase on the USD 14.3 trillion debt ceiling to include substantial cuts in government spending, while the Obama Administration wants the government to push for significant revenue gains through tax increases. The predominant international credit ratings agencies have now weighed into the debate and determined that if the US government were to default on its loan obligations it could result in a ratings downgrade for the country’s largest insurance companies in addition to much more severe consequences for the world’s capital markets.

New figures released this month by the Vietnamese government reveal that the country’s insurance market has grown by 20% already this year. The insurance industry in Vietnam has been quick to benefit from the increasing involvement of brokerage companies, particularly foreign-led enterprises which have introduced both better business practices and innovative new products and promotion efforts, triggering the evolution of a more professional market. Vietnam’s ongoing demographic and economic development will lead to further awareness and demand for insurance products. However, foreign companies will have to overcome industry regulation, strong domestic competition and the operating challenges common to developing economies in order to establish presences in the country. 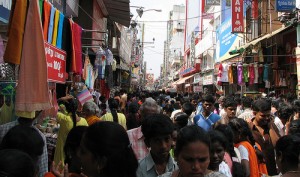 This month, American health insurance powerhouse Aetna became the latest firm to enter India’s growing healthcare market through the complete acquisition of Indian Health Organization Pvt Ltd (IHO). Through this transaction, Aetna will gain access to IHO’s robust network of primary healthcare providers as well as preventive care and wellness programs specially tailored to the Indian market. Aetna will now have the opportunity to both test the growing Indian health consumer market and upgrade the distribution network of its leading expatriate healthcare business.

Check back again in August for another comprehensive update.

Globalsurance.com is dedicated to providing comprehensive analysis and insights on the issues facing the modern insurance industry on an international level. Offering unbiased, and in-depth coverage of the pressing issues, International Insurance News caters to the niche market of insurance and financial services professionals.