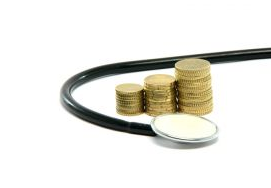 Is your policy approved for sale in the country you’re moving to?

If you are considering taking up an overseas placement, or simply retiring in the sun, health insurance is something you will have thought about. With health care quality, laws and access varying from country to country, you want to be assured your insurance provider has you covered in any event.

According to April Medibroker, one of the most important things to consider is whether your international health insurance is provided through an admitted or non-admitted policy. So, let’s start with what these terms mean.

An admitted policy is one which has been directly licensed by the state or indirectly given approval to sell an admitted policy through an agent or partner. This usually covers both group and individual applications.

A non-admitted policy has not been approved for sale in the country concerned and may not be subject to local laws.

Bear in mind, a policy which has been stamped as “admitted” this is more of an administrative seal and shouldn’t be taken as a guarantee of quality.

Differences between admitted and non-admitted policies

One of the main difference between the two policy types is the way claims are made and paid. Another important difference lies in regulatory protection. Admitted policies will be able to take advantage of any local regulatory support in the event of the insurer failing. Non-admitted policies don’t have this extra layer of protection.So, if an admitted insurer cease trading, the state may use money from a fund to pay off policyholders’ liabilities.

What do you need to know?

The key fact you need to establish is whether the policy will be honoured in the country you are moving to, and whether medical bills will be paid in an emergency. The good news is, the majority of non-admitted policies work every bit as well as their admitted counterparts.

In fact, as a non-admitted policy will have been developed outside of the country, it may offer benefits local providers cannot. Admitted companies often cannot charge high enough premiums to safely insure high-risk events, but non-admitted providers have no such restrictions.

As a result, non-admitted insurers are usually the only ones who can offer speciality insurance such as passive war cover and international chronic care cover.

The application of rules concerning the sale of insurance policies inevitably varies from territory to territory. In some countries have been fined for selling non-admitted policies to their staff, and in the Netherlands individuals are punished for having a non-admitted policy.

Expats relocating to Abu Dhabi won’t be issued a visa without an approved admitted insurance. This rule is less stringently applied in neighbouring expat hotspot Dubai, at least for now.

The inconsistencies in how admitted and non-admitted plans can be used and differences in country regulations means expats need to seek professional, regulated independent international insurance advice both on the status of their insurance provider and of the policies available.