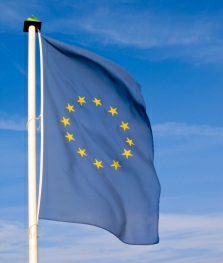 The economic crisis is affecting healthcare across Europe.

The European Public Health Alliance (EPHA) has recently released information on how the European economic crisis is hitting areas of public health. The EPHA is a network of public health organisations who represent health professionals, patient groups, disease-specific NGOs and other health associations.

1. Effects on mental health – In the UK one in five people aged between 16-25 is unemployed, compared with 4.9% of the general population. In Greece, youth unemployment is currently at 40.1%. This is particularly worrying as studies have shown that young people who are unemployed have a higher risk of developing mental health problems.

3. Decreases in healthcare budgets – In France the government hopes to cut healthcare spending by €2.4 billion – 40% of this reduction will be made by increasing the use of generic drugs and savings on medicines and medical devices. In Latvia, hospital costs have risen by 150% while the healthcare budget has decreased by 25% between 2008 and 2010.

4. Cost reducing measures – In Spain, cost saving measures have included reduced staff salaries and cutting new hires. In Greece, there has been a reduction in Value Added Tax (VAT) on medicines to reduce costs for residents and health insurance funds. E-prescribing has also been made compulsory from July 2012.

6. Effects on healthcare workers – In 2009 Ireland put a hold on replacement or recruitment of nurses, leading to the loss of 4,000 nursing posts. This in turn led to nursing graduates without jobs, a shortage of beds and the closure of hospitals. In Romania in 2010 hospital salaries were reduced by 25%. It is estimated that 2,500 doctors left Romania in 2010.

7. Cutting of health services – In May 2012 the Spanish government made a law restricting access to healthcare. Undocumented migrants and people over the age of 26 who aren’t working will be unable to use the public health system. Many countries have also decreased sickness benefits. Greece has decreased its mental health services by 50% and half of the country’s 12,000 pharmacies are reported shortages of the most common medicines.