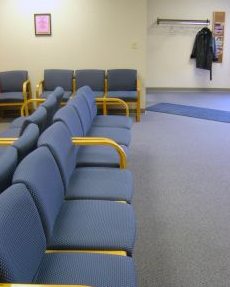 Brits who see signs of cancer or changes to their body are reluctant to visit a doctor until they feel physically unwell.

Britons are delaying seeing their doctor, even if they spot common cancer symptoms, say AXA PPP healthcare. Overcoming people’s reluctance to seek medical advice is a “big public health issue”. Many people would only visit a doctor if they felt physically unwell.

AXA PPP, the UK’s second largest private medical insurer commissioned the research which revealed 61 percent of people have put off going to the doctor after noticing something unusual about their bodies.

The poll of over 2,000 adults found that less than half of those who had experienced potential signs of cancer, such as blood in their urine, had visited a doctor. The exception was those who had found a breast lump, of whom two-thirds saw a doctor.

Just over a quarter (28%) said they would immediately make a doctors appointment if they noticed something unusual such as a lump or changes to their bowel habits. Reasons delaying seeing a doctor included, difficulty making an appointment (30%), too busy (27%) and fear of what they may find out (25%).

Most of those questioned were aware of common signs of cancer and also knew of the NHS screening programme for breast cancer. There was lower awareness of the screening services for bowel and cervical cancer however.

The survey highlights the need to break down people’s reluctance to see a doctor, particularly with “embarrassing” problems.

Dr Gary Bolger, chief medical officer at AXA PPP healthcare, said: “We need to stop the idea that you have to be physically unwell to see your doctor for advice.”

He added: “It’s regrettable that too many people present themselves to their GP or even to A&E with cancer in its late stage. This makes the cancer harder to treat and treatment less successful. Overcoming people’s reluctance to seek medical advice when appropriate is a big public health issue.”