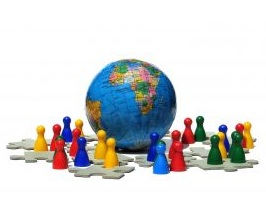 The majority of business travellers are worried about safety abroad but don’t know how to handle emergencies.

The results of a new survey show what U.S-based business travellers think they know about health insurance, and safety abroad is very different from the reality.

The annual Asterisk International Business Traveler Study revealed safety remains the top priority for business travellers. The majority of those polled said they felt the least prepared to deal with political unrest.

Safety and taking care of their medical needs abroad were cited as the main concern for 83 percent of business travellers. The second Asterisk survey asked 500 business travellers who had taken at least three international trips in the last 12 months.

“There’s a significant knowledge gap between what business travelers think they know and what they actually know.”

The gap in knowledge for business travellers exists down to a personal level. The study found fully half of those surveyed had needed some medical care while abroad, almost as many (44%) were unsure whether their health insurance provided them same benefits abroad as they did at home.

Other significant findings include 80 percent of respondents indicating their company doesn’t have a formal emergency or communication plan. Nearly a half (45%) say their companies don’t offer a plan to assist with travel related emergencies, or they don’t know about it.