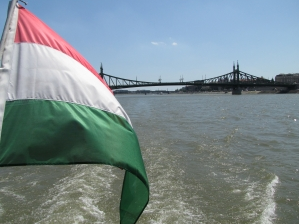 Plagued by lack of funding and low wages, Hungarian hospitals are now facing the loss of doctors to more lucrative positions abroad.

On average, a junior doctor in Hungary earns 140,000 forints (€465) a month – around five times less than their colleagues in Britain, Scandinavia or Germany. These are among the top destinations for Hungarian doctors, says Emese Batizan, head of the Budapest branch of the A-Team Medical Recruitment agency.

Tamas Denes, a surgeon and president of the Young Hungarian Doctors Association, works three weeks of the month in Hungary and one week in Britain, where he earns ten-times his normal salary.

In a video produced by the AFP he explains his reasons for working abroad. In Hungary only 3.7% of GDP is spent on healthcare, where in other European countries it is as much as 8%. Tamas finds himself unable to treat patients or prescribe certain medications as they are not available.

Since Hungary joined the European Union in 2004 around 5,000 Hungarian doctors have left to work in other EU countries. This “brain-drain” sped up after the start of the economic crisis in 2008.

“Hungarian doctors are sought after in the West due to their strong clinical skills and work ethic,” Emese Batizan told the AFP.

The corruption in the health system takes the form of  “gratitude money” – where patients pay a cash sum in an envelope for services rendered.

Some doctors do opt to stay in Hungary, despite the low salaries and corrupt system. Bela Koves completed an internship in Sweden but returned to work in Hungary with his wife, also a doctor.

“I find the corruption disgusting for both the doctor and the patient,” he told AFP. “But it won’t disappear without a significant increase in our ridiculous salaries.”

Earlier this year the government introduced a scholarship scheme for young doctors to supplement their meagre wages in return for a contractual commitment never to accept “gratitude money”.

“Other similarly cash-strapped economies manage to spend much more on their hospitals and doctors than we do,” said Istvan Eger, president of the Hungarian Doctors Association (MOK).

“Even in the best case, it will take at least 10-15 years to repair this system,” he said.