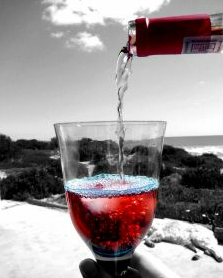 People who drink alcohol in moderation may be doing their bones a favour.

Many people extol the virtues of a glass of red wine a day. It’s a staple of the mediterranean diet, purported to be one of the world’s healthiest. It has also been linked to healthy hearts and decreased blood pressure. Now scientists claim a glass or two a day, several times a week, may be beneficial to women’s bone health.

Drinking a moderate amount of alcohol as part of a health lifestyle may lower the risk of developing osteoporosis later in life. Bones are in a constant state of remodeling, with old bone being removed and replaced. In people with osteoporosis, more bone is lost than reformed resulting in porous, weak bones. About 80 percent of all people with osteoporosis are women, and postmenopausal women face an even greater risk because estrogen, a hormone that helps keep bone remodeling in balance, decreases after menopause.

Osteoporosis rates around the world

The most useful way of comparing osteoporosis rates is to look at the prevalence of fractures in elderly people. Data from developing countries is hard to come by, however, estimates suggest there are 1.66 million hip fractures per year worldwide. These are much more prevalent in the developed world than Asia or sub-Saharan Africa.

Hip-fracture rates are highest in Caucasian women living in temperate climates, are somewhat lower in women from Mediterranean and Asian countries, and are lowest in women in Africa. This may or may not be linked to the inclusion of wine in the Mediterranean diet. Scientists are clear on one aspect however, calcium and vitamin D play a big part in preventing bone weakening in later life.