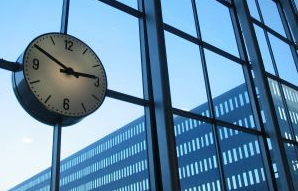 Irregular working hours could be linked to health problems

Shift work is defined as anything outside of a traditional 9am to 5pm working day and of late the number of people working shifts has been rising. Research has shown, however, that irregular and unfixed working hours could be detrimental to our health.

Medical professionals have already found links to stomach and digestion problems, cardiovascular disease and depression. Recently, however, links to cancers and reduced life expectancy in people working shifts have been suggested.

Constantly changing work patterns encourage negative lifestyle habits. Working shifts makes it difficult to eat or exercise at regular times, both of which are factors known to increase the risk of bowel cancer.

It can also be psychologically challenging, an atypical work pattern renders socialising and spending time with family almost impossible. The subsequent feelings of isolation are reflected in the higher rate of mental illness and depression among shift workers in relation to those who work regular daytime hours.

More worrying is the impact on your physical health. Working shifts requires you to oppose your internal body clock, or circadian rhythm. Being awake at night or eating at 3am goes against what years of evolution have taught us to do. Our circadian rhythm is responsible for controlling the everyday processes like brainwave activity and cell reproduction. It is largely dependent on the amount of time during the day that we spend exposed to light.

The production of melatonin occurs in the body when it is dark, so people exposed to light at night produce very little. It is however a crucial part of building immunity, preventing cancer and lowering oestrogen levels in women.

In recent years, the Danish government has recognised the increased risk of cancer that high levels of oestrogen causes, as a result of working night shifts and low melatonin production. Forty women, including nurses and cabin crew, have been compensated after developing cancer.

A study by an agency of the World Health Organisation found that their risk had been increased by 48% in comparison to those working day shifts. The increased risk has been compared to that caused by smoking a packet of cigarettes every day.

Cancer Research UK, however, advise that any form of public panic would be premature. Senior Science Information Officer, Dr Kat Arney, noted that, “a number of studies link nightshift work with breast cancer risk. But this has not been conclusively shown…Nor do we know how many years of shift work might have a significant impact on risk.

“Another problem is that most studies have only looked at specific occupations rather than shift workers in general.”