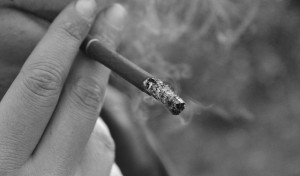 5.8 trillion cigarettes were smoked worldwide in 2014.

My mother stopped smoking when I was 6 years old. Although she smoked for many years before she stopped she has been very fortunate and not experienced any health issues related to smoking thus far. I won’t bore you by lecturing you about the health risks linked to smoking; we all know them: cancer, lung disease, heart failure, stroke. I’d rather explain the facts.

In the United States, an estimated 16 million people are living with a disease caused by smoking. For every American that dies due to smoking, there are approximately 30 people living with health issues as a result of it. 4,745 men die from smoking every week.

However, the USA is actually listed as 51 in the cigarette per capita world ranking. Serbia leads the board with 2,861 cigarettes per capita, per year.

The increase of smoking

In 2014, 5.8 trillion cigarettes were smoked worldwide. There are many reasons for which smoking has increased in the past years. Targeted marketing is hugely to blame, but so is social acceptance and, of course, population increase. According to the World Health Organization, in 2012 more than 21% of the global population aged 15 and above were regular smokers; men smoking five times more than women.

It is also rumoured that high-income countries have dropped their smoking rates because of government education about the risks. However, in the Middle East and Africa the number has increased significantly, and this could be due to a lack of education about what one cigarette can do to your lungs.

In Western Europe, between 1990 and 2009, cigarette consumption dropped by 26 per cent, meanwhile in the Middle East and Africa it increased by 57 per cent.

The decrease of smoking

Other than education and understanding of the dangers of smoking, governments in high-income countries have started to implement laws and regulations that place endless obstacles for smokers. From prohibiting indoor smoking to raising taxes, it has been enough for some smokers to call it quits.

In 2013, the United States’ smoking rate hit a record low, with only 17.1 per cent of the population smoking. The percentage was significantly higher amongst people of lower class, lower education, disabilities or limitations.

Mexico, most of South America, the greater part of Africa and India are the countries with the lowest smoking rates, according to The Tobacco Atlas. However, economic development and population increase could mean a high increase in smoking in these areas. 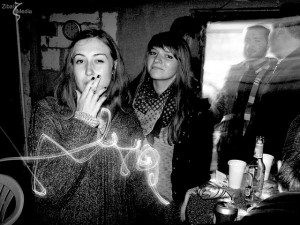 “The significant reductions in smoking rates in the United Kingdom, Australia, Brazil, and other countries that implement increasingly tight tobacco control laws have been offset by the growing consumption in a single nation: China. The Chinese market now consumes more cigarettes than all other low- and middle-income countries combined”, reads The Tobacco Atlas website.

A recent study revealed that two thirds of Chinese males smoked. If this continues at the same rate, it will represent 3 million smoking related deaths by 2050, per year. On the other hand, the number of women smokers in China has decreased significantly with 10 per cent of older women smoking, but only about 1 per cent of the middle-aged population doing so.

Men are believed to start smoking at around age 25. China is positioned, however, number 21 on the world ranking of smokers. Their number: 1,711 cigarettes per capita, per year.

6 million people die of tobacco diseases every year, worldwide. Smoking is the leading cause of an alarming number of preventable deaths in the world. Regulations are slow when it comes to advertising and promotion. 1 million USD are spent on tobacco advertising every hour. New practices and obstacles need to be put in place to control the health risks that smoking poses to the global population.