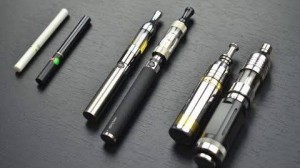 It has been a busy week for cigarettes. Just days after the Royal Society for Public Health (RSPH) called for a ban on smoking in pub gardens and other outdoor locations in the UK, it has been recognised for the first time that e-cigarettes are safer than tobacco.

It wasn’t even close. In the “best estimate so far” by Public Health England, using e-cigarettes was found to be 95% safer than conventional cigarettes, and were also reported to be less hazardous than cigars and pipes.

Cessation on the nation

On the back of this study, a call has been made for the NHS to provide e-cigarettes for free as an aid to quit smoking. This is also likely to be backed by the RSPH, who earlier this week suggested an increase in their use by cessation services. Despite this, public opinion is divided over the matter, with a poll on the Telegraph showing the majority of people (59% at time of writing) are against the idea.

Aside from inevitable reasons associated with taxes, the most likely reason for this rejection is the current public perception of e-cigarettes. I mentioned recently that friends of vapers tended to approve of the practice, however in the UK 22% of people believe that e-cigarettes are at least if not more harmful than tobacco products.

It is important to note as well that the World Health Organisation (WHO) are also quietly drawing up policy on “electronic nicotine delivery systems” (ENDS), however it is difficult to decipher in what direction. One proposed policy of theirs is to regulate e-cigarettes as a medicinal product, in agreement with RSPH. The other however, is to impose a global ban on the product. What I cannot fathom is that if the WHO are willing to consider the medicinal benefits of such a product, why are they also proposing its prohibition?

Vaping the gateway to tobacco?

There are also fears that vaping can become a gateway to tobacco, which if true would render a state-funded initiative into its promotion rather embarrassing. These concerns appear to be mostly unfounded however, with only 1% of vapers who had never previously smoked turning to traditional cigarettes. As one e-cigarette user puts it, “after close to 3 years of using a vape, I gag at the smell of cigarettes. I don’t think it’s going to open up kids to smoking cigarettes”. Add to this that a recent US study showed that cigarette use was decreasing among young people, the gateway theory seems somewhat lacking. In adults, the idea is given a further knock as nearly all UK adults who vape are or were smokers, and are in fact using the device to kick the habit.

It appears then that free e-cigarettes provided by the NHS could indeed breathe a breath of fresh air into smoking habits in the UK. What needs to be changed for this to work however is the public image, which will come with further research into the effects on health and quitting tobacco.