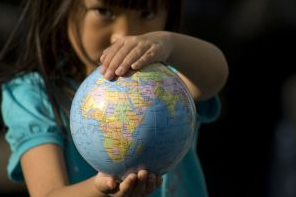 The incidence of strokes among young people is rising alarmingly, according to a new study.

A major study looking at stroke statistics from around the world has found a third of strokes now occur in the 20-64 age group – this is an increase from a quarter of all strokes in 1990.

The overall levels of disability, illness and premature deaths caused by strokes are predicted to more than double by 2030.

Although this study has some limitations, the results are likely to be reliable, and the figures on strokes among younger people make for worrying reading, reports the Harborough Mail.

However, the study shows the mortality rate from strokes has decreased worldwide over the past two decades. Though there is a wide difference in the incidence of strokes between poor and rich countries, with strokes being much more common in less developed countries.

The study also revealed, although the number of strokes is declining among old people, you are more likely to die of a stroke in the UK, than you are in Germany or France.

The higher death rate in the UK can further be broken down into areas, with the risk of dying three times higher in less wealthy areas compared with more economically prosperous regions.

These latest findings are part of the World Health Organisation’s Global Burden of Disease 2010 study, published in the Lancet last week.

Jon Barrick, chief executive of the British Stroke Association, called the study a ‘wake-up call to governments across the globe’.

The higher rates of stroke in mid- to low-income countries is likely due to lifestyle factors – smoking, alcohol consumption, and unhealthy diet. The study authors warned the shift in stroke cases towards younger people was likely to continue unless effective prevention strategies were implemented urgently.

Professor Valery Feigin of New  Zealand’s National Institute for Stroke and Applied Neurosciences said,  ‘The worldwide stroke burden is growing very fast and there is now an urgent need for culturally acceptable and affordable stroke prevention, management and rehabilitation strategies to be developed and implemented worldwide.’