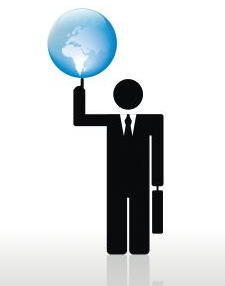 Despite major investment from companies, a third of international assignments fail.

Areas of dissatisfaction among the mobile workforce could jeopardise the success of their overseas assignment and lessen the return on investment for employers, says a new report out this week.

The survey from Cigna and the National Foreign Trade Council (NFTC) has highlighted the fact many expat workers are unaware of the benefits and assistance available to help them with their overseas assignment. It is estimated up to a third of international assignments fail due to family stress, burn-out, increased workloads, and cultural differences. These problems occur despite significant investment from multinational companies, estimated at almost three to five times that of the employee’s salary.

The NFTC and Cigna’s Global Health Benefits business sponsored a new independent study of expatriates to gain insights into their perceptions and experiences and to track trends since Cigna and the NFTC conducted a similar study in 2001 – all with the goal of helping employers better understand and satisfy the needs of their globally mobile workforce.

According to the survey, the majority of companies are providing the resources rated as most important by employees including general relocation services (80%), settling in services (63%), and medical preparedness (65%).

Over three-quarters (78%) of expats and their families have accessed medical care abroad. Expats under 34 years old were considerably less well informed about the details of their health plans than other age groups. For example, uncertainty over how to handle claims was four times higher than the average of other age segments, and a lack of knowledge over where to access healthcare was triple that of other groups.

The results also indicated having a family strongly influences health care choices. Those on assignment with spouses or partners and children were most likely to access care, with percentages as high as 91% in these segments compared to single expats (64%) and expats without children (67%). While those who had a partner or children back in their home country tend to seek routine treatment at home, rather than where they are posted.

This is particularly significant as, compared to expats in the Cigna-NFTC 2001 survey, today’s expat is older, on shorter assignments, and is leaving his or her spouse and family back home more often. Which could result in an overall drop in the percentage of overseas workers accessing local healthcare.