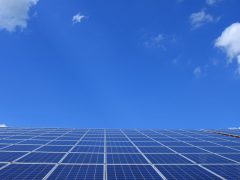 The cancer agency of the World Health Organisation (WHO) has reported air pollution as a leading environmental cause of cancer deaths. The International Agency for Research on Cancer (IARC) officially… Read more »

Despite EU laws which state countries must ensure good quality air for their citizens, ambient air quality is still poor in many EU member states. This situation is now so… Read more »

According to experts, almost a third of European city dwellers are exposed to excessive concentrations of airborne particulate matter (PM). PM is especially dangerous to human health as it affects the… Read more »

China is considered one of the top destinations for expat assignments, according to the Global Mobility Survey 2012. However, the condition of the air in many of China’s fast developing… Read more »

Air pollution from traffic, industry and households is still above internationally agreed limits in many European countries. According to recently released data, 12 EU states had pollution levels above the… Read more »

The risk of suffering a second heart attack increases 40 percent if you live in an area with high air pollution. Air pollution, while being bad for the environment, is… Read more »

Environment-wise, Europe is a pretty healthy place. Europeans don’t blink at acknowledging climate change (unlike Americans), and the continent is home to a number of countries, such as Germany, that… Read more »