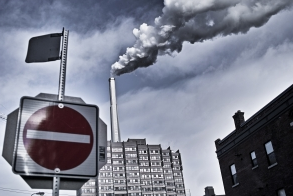 There are still high levels of some types of air pollutants in the EU.

According to experts, almost a third of European city dwellers are exposed to excessive concentrations of airborne particulate matter (PM). PM is especially dangerous to human health as it affects the sensitive areas of the respiratory tract.

The EU has made progress over the past decades in reducing the levels of harmful air pollutants. However, a new report shows many areas still have high concentrations of PM and ground level ozone. Ozone exposure levels are particularly high in Mediterranean countries as sunlight is needed to form it.

Using the most recent data, from 2010, the report said 21% of the urban population was exposed to larger particulate matter at concentrations above a daily EU limit.

While people are still at risk from airborne pollutants, EU legislation has done a lot to combat pollution. Since the 1970s, levels of sulfur dioxide have fallen significantly. In 2010 the EU urban population was not exposed to higher than the EU sulfur dioxide limits for the first time.

Professor Jacqueline McGlade, EEA Executive Director, said: “European Union policy has reduced emissions of many pollutants over the last decade, but we can go further.

“In many countries, air pollutant concentrations are still above the legal and recommended limits that are set to protect the health of European citizens. In fact, air pollution reduces human life expectancy by around two years in the most polluted cities and regions.”