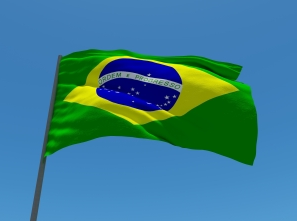 Half of Brazil’s population are considered middle class, attracting healthcare companies to serve their growing needs.

According to Brazil’s census bureau, a decade of steady economic growth has lifted some 35 million Brazilians into the country’s broad middle class, a section of society which now represents about half of the total population of 200 million people.

“With the rise of the middle class, there is more demand for services, including health-care services,” said Humberto Salicetti, a KPMG consulting group partner.

“Many international healthcare companies are seeing only mediocre returns in their home markets, so they’re opting for investments in countries with greater potential. Brazil is one of these.”

According to Mr Salicetti, only 23 percent of Brazilians currently have private medical insurance, compared with 77 percent in the U.S. and 60 percent in Mexico.

The healthcare industry in Brazil is now expected to consolidate amid the influx of international investment. From 2004 to 2012 a dozen Brazilian companies including health insurers and drug retailers opted for stock offerings to help finance their expansion.

“There are some segments of the healthcare industry in Brazil which are still highly fragmented, such as pharmaceutical retailers,” said Mr. Salicetti. “I’m expecting a consolidation of this segment over the next year or so.”