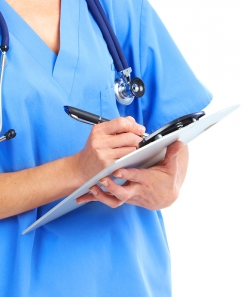 Doctors are referring patients with cancer symptoms after one or two consultations.

The vast majority of cancers diagnosed by GPs are spotted after two consultations, according to a new study.

Over 80 percent (82%) of people were referred to a specialist after two visits, and 58 percent after just one visit.

The study found, while most patients who present with cancer symptoms are being referred promptly, some cancers are harder to spot. Lung cancer, for example, appears to be harder to diagnose in only two consultations.

The research, published in the British Journal of Cancer, looked at data from over 13,000 patients. The harder cancers to spot generally present with symptoms which are not unique to cancer and relatively common, therefore making a correct diagnosis more difficult.

The Royal College of General Practitioners has just launched a five-year plan to improve the early diagnosis of cancers by GPs. Prof Greg Rubin, co-author of the study explained that while guidelines have helped people with classic symptoms be referred quickly, the “decision to refer isn’t always as simple” for those with less typical symptoms.

He said, “We need to consider ways of making the process of primary care assessment even smarter, for instance by wider use of clinical decision support tools or more efficient investigation pathways.”

Sara Hiom, early diagnosis director at Cancer Research UK said the study highlights where progress has been made, but also where further improvements are needed.

She added, it is important for people to act on any persistent changes to their health which concerns them, and have the confidence to go back to the GP if the problems don’t clear up.