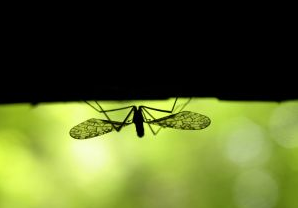 Authorities are concerned about a dengue fever epidemic in southern Brazil, as WHO names it the fastest spreading tropical disease.

Health authorities in Campo Grande, a Brazilian city in the south of the country, are fighting a dengue fever epidemic. Currently, around 600 residents a day are reporting symptoms of the flu-like disease, reports the BBC.

Scientists believe heavy rainfall has increased the reproduction of the Aedes aegypti mosquito which spreads dengue fever. Hundreds of workers have been hired to clear pools of standing water from the streets, the preferred breeding ground of the mosquito.

A official state of emergency has been declared in Campo Grande, which allows the local authorities to hire more workers and buy medicine. National authorities say there have been two reported deaths from the fever.

Across the border in Paraguay, dengue fever cases are also higher than normal, with 8,500 reported cases and eight deaths. There the army and police force are clearing potential mosquito breeding areas.

The World Health Organisation (WHO) has recently described dengue fever as the world’s fastest spreading tropical disease, representing a pandemic threat. Currently there is no effective vaccination against dengue fever.

It’s estimated 55% of the world’s population lives in an area where dengue fever transmission has been recorded. Given the excellent potential market for a vaccine, drug makers are keen to fund antidote research.

The race is on, with five possible vaccine candidates currently in the clinical trial phase, as reported in FierceVaccines. Europe saw its first major outbreak since 1920 last year, with 2,000 people affected on the Portuguese island of Madeira. Countries in Asia, Africa and Latin America still suffer regular outbreaks.