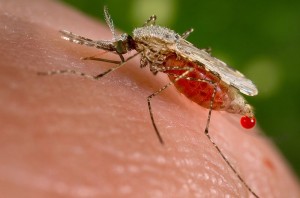 Tropical diseases are not only found in poor countries.

Health officials in Tokyo have confirmed 19 new cases of dengue fever, bringing the total to 34 in the country’s first domestic outbreak since World War Two. The disease was found in individuals living in Tokyo and surrounding prefectures. None of the victims has been abroad recently, but all had visited Tokyo’s Yoyogi Park.

Officials said the disease was probably carried by mosquitoes found in and around the park, one of central Tokyo’s major green spaces. The disease is transmitted via Tiger mosquitoes which are endemic to Japan, though dengue fever was effectively eradicated from the country after the Second World War.

Dengue symptoms include high fever, headaches, joint and muscle pain, vomiting and bleeding. Most cases are mild, particularly in people who have never had the infection before. Occasionally, serious problems can develop, leading to complications such as dengue haemorrhagic fever, and dengue shock syndrome.

“It is rare for symptoms to worsen among those who have been infected,” a Japanese health ministry official said. “We hope people will seek treatment at a medical facility as soon as possible after developing a high fever within three to seven days after being bitten by a mosquito.”

The Japanese authorities have sprayed 800 litres of pesticide in the park to kill the mosquitoes and halt the spread of the infection. With the proper treatment dengue fever is fatal in only 1 percent of cases.

This outbreak, in one of the world’s richest countries, highlights the fact that neglected tropical diseases (NTDs) are not the sole preserve of poor countries, reports the Guardian. Governments need to realise that G20 countries are susceptible to the “lion’s share” of dangerous, yet low-profile illnesses, a US expert has warned.

Dr Peter Hotez, dean of the National School of Tropical Medicine in Baylor, Texas told the Guardian, northern Argentina, southern Mexico and the southern United States are areas where several NTDs are common. Texas and regions of the Gulf Coast have seen cases of dengue fever, Chagas disease, Chikungunya, and parasitic worm infections. He estimates that 12 million Americans have one or more tropical diseases.

He described his frustration with governments spending millions on HIV, TB, and malaria research while often neglecting NTDs. The UK and USA governments currently provide three-quarters of the development and research budget for NTDs.

“We’re working on the French and the Germans, who, I think are going to be very important. But we need to look even beyond the north and get all of the G20 countries involved – especially the Brics [Brazil, Russia, India, China and South Africa].” he said.