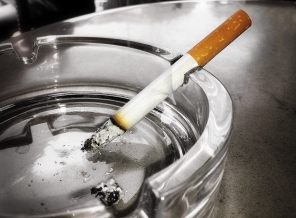 If the world’s nations are to prevent tobacco smoking causing an estimated one billion deaths by the end of the century they must make tobacco control part of the UN’s worldwide agenda. In addition, every sector, including health, trade and finance officials, must work together to pass laws to reduce the use of tobacco.

These recommendations came from an international gathering of officials from more than 40 nations and international organisations such as the World Health Organisation, the European Union and the African Union.

A goal of reducing the rate of smoking to less than 5 percent worldwide by 2048, basically ending its use, was set.

Attendees at the two-day conference were warned repeatedly that unless a concerted effort is made, the impact tobacco has had in the developed world will spread to developing nations.

Though the situation is dire, many nations present have passed tough national laws regarding tobacco smoking and have evidence of the effectiveness of laws in reducing tobacco use.

Russia – President Putin has passed a law banning smoking in public places. The new legislation will also limit cigarette sales and ban the sponsorship and advertising of events by tobacco companies.

Uruguay – Presented data showing the sharp decline in smoking due to the adoption of tobacco control measures recommended by WHO.